QWIMB gave Kelsie some questions to answer about Boston and queerness. Here’s what she came up with:

I came here for Boston University’s BFA Acting program which I just graduated from last Spring.

I’m still in the discovery process of that. I’ve experienced great spaces in JP, Somerville, and Allston, and awesome festivals like Smash It Dead and takeover nights like Queeraoke (which we’re playing Halloween week!!). Always on the boi scout for more, never too many queers in one room!! 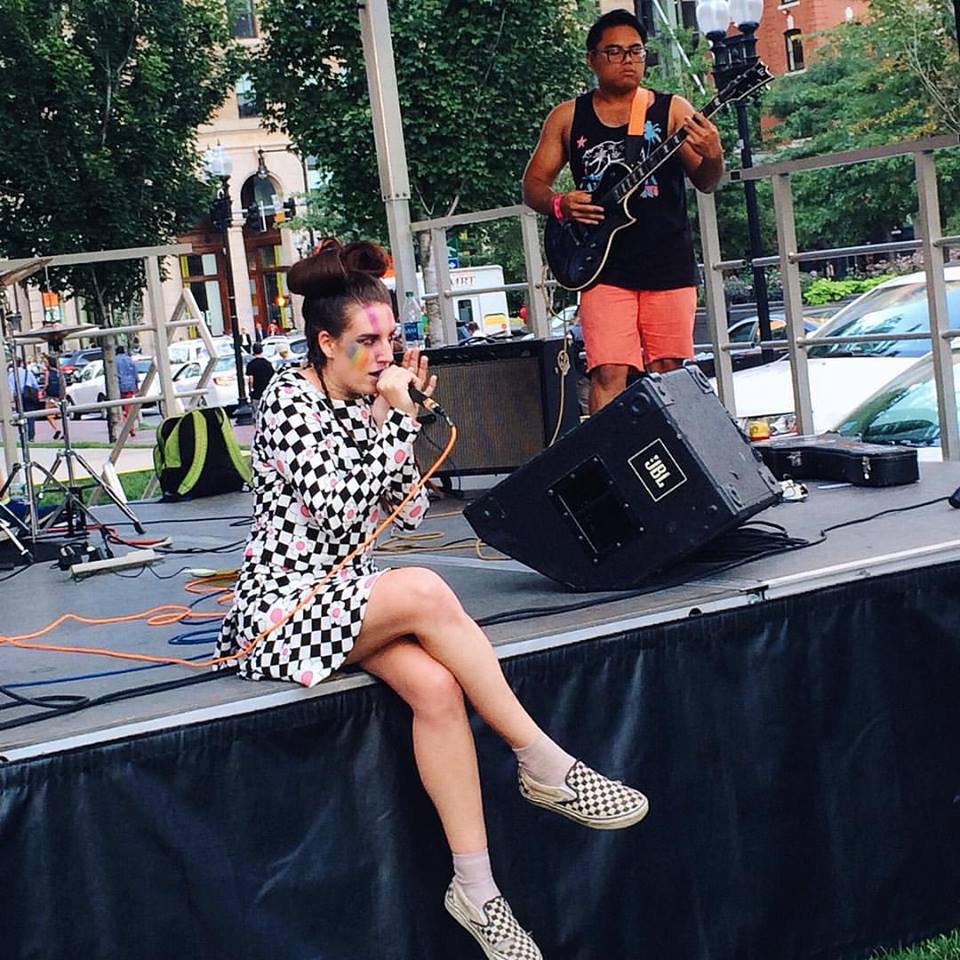 That’s something I’d like to know more about. Tutors/den mothers welcome!!

Lisa Simpson whispered to me through the television via her saxophone  when I was five. 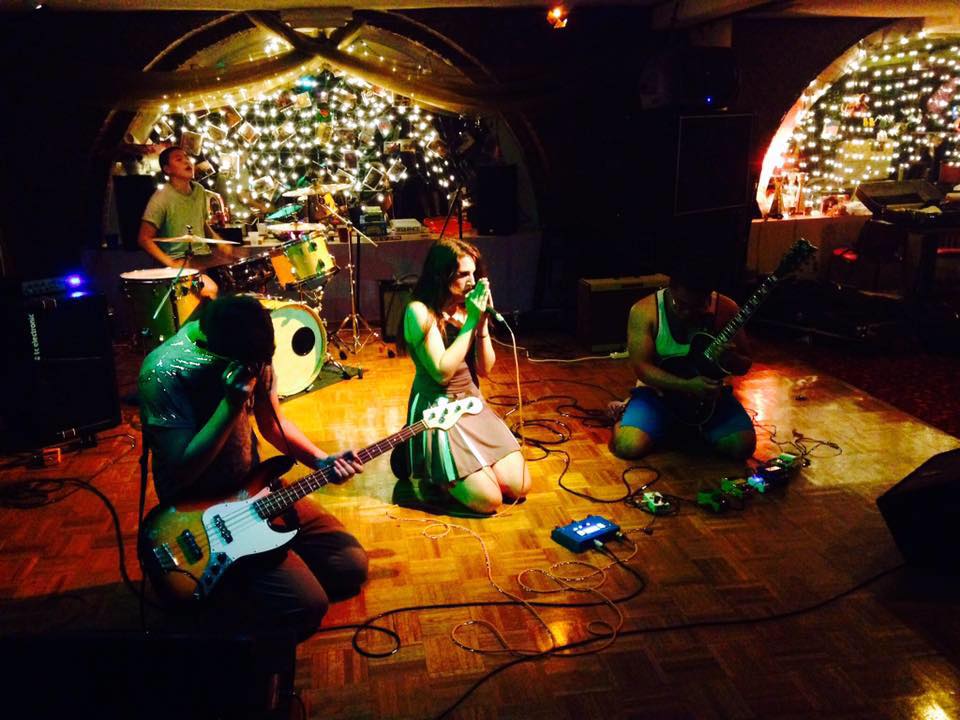 Yoni Wolf of Why? is my favorite lyricist of all time. I think Gerard Way is my generation’s misunderstood Freddie Mercury and was in retrospect my third femme boy crush (behind Axl Rose and Peter Pan). I bless the satin-lined riffs of kweens like Mariah, Christina and Whitney (RIP queen). Big Boi is the most underrated rapper, Kendrick is just plain important, Mykki Blanco is fucking shit up in the best way, and Missy Elliot is the most powerful bulldyke in the game. Comedians Tim and Eric and Tig Notaro made high school and college better. Queer/Trans activists/artists Darkmatter and Kat Blaque continue to teach me a lot. 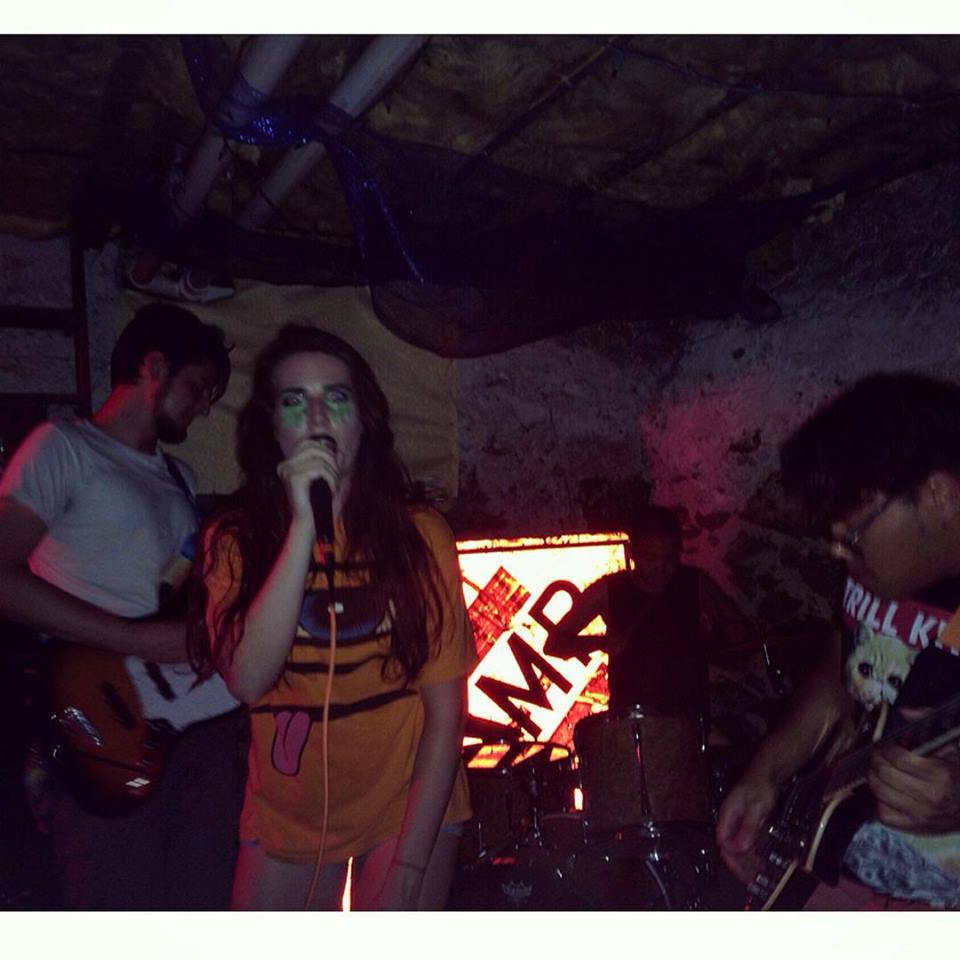 I think in large part to the Riot Grrrl Movement, things have gotten fairly better for white queer girl/genderqueer performers. As one myself, it’s a constant conversation understanding the layers of privilege I benefit from in performance settings. I have easily performed nude/barely clothed in both music and theatre spaces. The degradation I receive is in the form of sexualization or my queerness being written off as a trend/experiment. While those are still things to challenge of course, that’s nothing compared to the every day micro-aggressions towards QPOC to the rapidly rising murders of Trans Women of Color (a matter nearly neglected by mainstream media). I’m interested in listening and supporting Q/TWOC musicians specifically, as I think there is work to be done with creating a safer and more visible space for everyone (both in the music scene and in general). I would love to see the conversation begin with intersectionality, instead of sidelining it as can tend to happen in white-centric queer spaces.

I have two queer as hell side projects in the works called Pillow Queen (with Birthing Hips’ Carrie Furniss) and CHOIRBOI (with Anjimile’s Anji Chithambo), Mike (guitarist) and Chris (bassist) play with gRAD pARTy, and our drummer Billy Nichols has a solo project under his name.

Playing our first live show this past April; file under “v tender.”

Let me know if you need to borrow my bass or guitar!! Find allies in the scene (swipe right on me bb)!! Let’s make this scene too queer for its own good!!

Wanna get to know Leigh Cheri better? Check out the links.