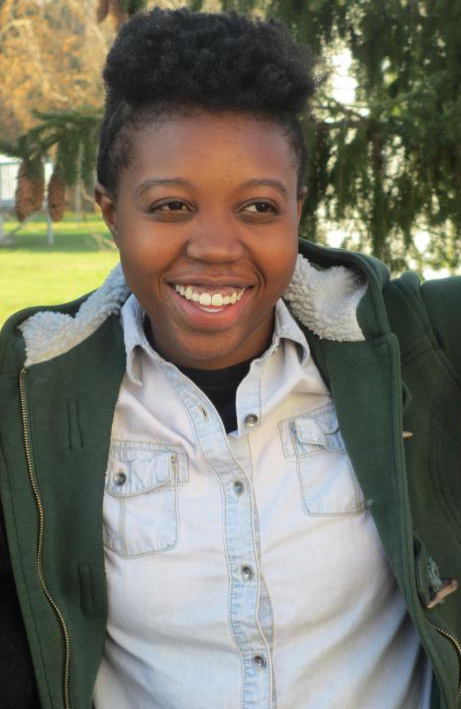 Juxtaposing the subtle warmth of an acoustic guitar and harmonious vocals with biting, sardonic lyrics, Anjimile is a musical force to be reckoned with. She grew up in Richardson, TX but moved to the bustling city of Boston in hopes of becoming a part of its thriving music scene and escaping the pervasive homophobia of the south. Anjimile’s first full-length LP, In the Garden, was produced by Eric Santagada, professional bassist and recent Northeastern graduate, in Santagada Studios. A labour of love, In the Garden touches on the universal themes of lust, loss, love and learning how to grow up. Some of her influences include indie-rock band Born Ruffians, The Jackson 5, Freddie Mercury, Sufjan Stevens, Say Anything and Violent Femmes. She currently attends Northeasern University, her favorite author is William Faulkner and she is Kanye West’s biggest fan.

Something of a tongue twister, Anjimile’s name comes from a little-known language called Chichewa which is spoken in the east-African country of Malawi, where both of her parents were born and raised. The name ‘Anjimile’ means ‘denied a boy’, as her parents desired a son after giving birth to two girls already. Ironically, Anjimile is a full-blown lesbian. (Bio courtesy of artist)

QWIMB asked Anjimile to answer the standard questions we love to ask about her views on various aspects of queerness in Boston. She was gracious enough to provide us with the following responses:

No. I was born in West Virginia,  then my family moved to Iowa (where my brother was born), and a few years after that we settled in Richardson, Texas. So I’ve lived the majority of my life in Texas, from about age 4 or 5 to 18.

I’m just getting into the Boston music scene so I’m not I have enough experience to say, but I suppose from what I’ve seen I’d say not particularly. Then again, maybe I just don’t know where to look.

I’m a big Michael Jackson fan. When I was a kid my parents would blast the Jackson 5 and I grew up imitating the way baby-Michael sang. I also love Freddie Mercury and Stevie Wonder. I’d say my biggest influences by far have been Sufjan Stevens and Born Ruffians. The Born Ruffians kind of catapulted me into the wide, wonderful world of indie rock and Sufjan Stevens is straight-up amazing. Vocally and lyrically he’s just the best.

I’ve had pretty limited experience playing venues in Boston. I like to tell myself it’s because I’m extremely busy with school and don’t have a lot of time to spend trying to book shows, but honestly I know I need to get out there and play. Mostly I frequent the Boloco on Boylston and Mass Ave. They have Open Mics on Wednesdays and performances on Thursday where they have a featured artist a lot. When I have the time I get myself signed up as the featured artist. It’s pretty awesome. The crowd is chill and they pay you with free food.

I’ve been surrounded by good music since I was born. My parents would play the greats: Bob Marley, Whitney Houston, Michael Jackson. I grew up in a very musical household. My two older sisters are also great singers and my little brother plays the drums, bass and guitar. I’ve always been surrounded by music and I learned to love it. Now it’s everything I am. My music is a representation of who I am as a person. Generally, I have an extremely difficult time expressing my emotions. Music, I have found, allows me to express myself exactly how I need to. I want listeners to hear the melodies and the harmonies but I also want them to listen closely to the lyrics. I don’t hold anything back when I write and my music is as honest as I get. When I sing I sing with emotion, and I want listeners to feel the music like I feel it. Performing is a really cathartic experience for me.

Wanna Hear Some More From Anjimile?