I had moved back to Western Massachusetts, (where I grew up) to work on an album on Many Doors records. I would commute 2 hours to Boston to go busking, and was dating a girl out there. Eventually it was like, this is ridiculous, let’s pull a U Haul and move in. It didn’t work out with the girl but it did with the city. That was 6 years ago, and I’ve been on the road full time the past year.


I think the answer to that is yes and no. There is a really big DJ scene with the weekly dance parties, and I find certain musical genres are really friendly to queers and you’ll find your people at those shows. However having a specific place to go and see queer women play, or a consistently gay ladies live music scene is not something I’ve encountered.

Do you have any sense of a history of a queer scene here?

Boston is the land of history! Depends how far back you dig how far into the closet they may have been, but there are vibes.

What made you decide to start performing?


I didn’t have a choice. Just loved being a ham and getting attention since I was tiny. When I was 16 I saw an Ani Difranco show at the Avalon (now the House of Blues) and something struck me like​ a lightning bolt. That’s it. That’s what I have to do. She wielded so much power over us all with just her voice and a guitar. One of the greats.

I was mentored by June Millington; she was in the first all-female band to be signed to a major label called Fanny- absolute bad ass and she has transformed my music and my life. I also am a huge Radiohead fan, and recently as a one woman band I’ve been very inspired by Audrey Ryan and the way she changed the game.

I was at SXSW recently, and it’s pretty appalling how few women there are onstage or working the technical aspects of the show. It’s not even a queer issue, it’s a women’s rights issue. And I do think there is a lot of external pressure for gay performers to be “pretty” and stereotypically femme in order to get ahead. I mean even Ellen has a makeup sponsorship. Long way to go- but that’s why we must fight for the kind of performers, clubs and scenes we want to have, until the mainstream is ready.

Are you in any other bands/performance acts?

Currently living out of a van and touring full time keeps me busy only playing my own stuff. But in the past I played drums in Tilt-A-Whirl and The Grooves Moons- you can find us on Spotify and iTunes.

What has been your proudest moment as a performer?

Hard to choose just one, so many great experiences. Last summer I played mainstage at National Women’s Music Festival, and that was pretty grand. To have this incredible (all woman) tech staff making us sound and look great, a huge stage to bound across and being given the space to be really appreciated as a rock star from the audience was huge and really fun.

What advice would you give to a queer woman thinking about starting a band or learning an instrument?

Do it! Work hard and make friends with other people out there in Indy bands. I think too many people get caught up in being competitive, how many Facebook likes do you have and such, and come to my show blah blah blah, without going out to support other local acts, nurturing your own scene and giving as much as you hope to get.

Are there any other current or former bands/solo acts you would like to see featured by QWIMB?

Bethel Steel, Laura Grill, What time is it Mr Fox, Jonny Blazes, Jade Sylvan and as a promoter, Kristen Porter.

Thanks for the interview!

I also would like to say I’m having a very gay show at Club Passim Sunday August 16th, with Bern & the Brights from NYC and What Time is it Mr Fox. You can get your tickets at http://clubpassim.org/

From Horse Farm to Harvard Square: Sierra West’s is Journey to Inspire

Helping Animals By Day, Inspiring People Through Song By Night…Welcome To The Fascinating World Of Sierra West! The Folk Influenced Pop/Rock Singer Songwriter Is A Veterinary Technician Who Volunteers Her Musical Talent To Support Animal Causes.

We asked Sierra to answer some questions for QWIMB about her thoughts on Boston, Queerness, and Music…our favorite things.

I grew up in rural CT on a horse farm. I lived in Watertown until I was 8 and moved to Thomaston where I still visit family. I moved to Boston after college because I heard of a historical folk venue called Club 47 (currently Club Passim) where Bob Dylan and Joan Baez started out and I dreamed of doing the same. I wanted to become part of the folk scene and start taking formal lessons (I was self-taught), so between Club Passim and Berklee I thought I couldn’t go wrong!

I think there is a strong community supporting more liberal artists/slam poets and dj’s. There is a stronger scene for bands than for solo artists, but there are several acoustic musicians working hard to create a stronger community, especially in JP and Somerville.

I am influenced by a wide variety of music…everything from Neil Young to Nine Inch Nails. I grew up listening to James Taylor, Tom Petty, CSN, Steely Dan…any Classic Rock records i could get my hands on. Pink Floyd and Led Zeppelin were repeatedly played. My first concert was Little Feat and Melissa Etheridge when I was 4 and I have been particularly influenced by them because of that. I went through stages of listening to U2, REM, & Ani DiFranco in high school and currently listen to The Weepies, Ben Harper, and Patti Griffin. I have to say, of the thousands of artists I have seen and heard, Martin Sexton is my number one all around choice. He has it all…and I aspire for a career much like his. 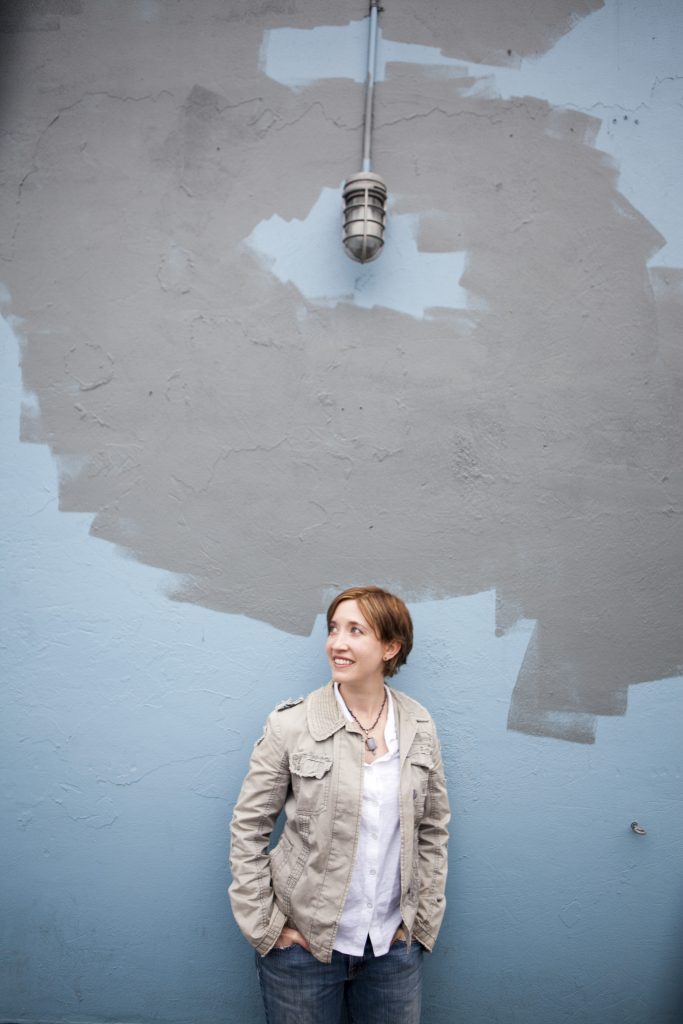 The crowds showing up for music venues in Boston are a hit or miss for artists starting out on their own, especially without representation. There is so much music going on all the time that you really have to advance the gigs & do everything you can to promote them on your own. I’ve never performed at Toad (although I’d love to), but it’s a great small place with free music every night.  Most artists looking to book gigs can do so at The All Asia. There is not much of a local draw there, but it is a great way to gain experience. I performed at The Abbey Lounge, Toast (the gay bar in Union Square), and The Sky Bar regularly before they shut down. I’ve performed at The Midway and The Milkyway in JP supporting queer events and loved the crowd there. I’ve performed a lot at The Cantab Lounge, with a great basement band stage called Club Bohemia, again hit or miss for the crowd. I held my first EP release for “Rocks” at The Lizard Lounge, one of the best basement venues – standing room only on a Thursday night. I loved performing there – intimate, funky, and rockin’ at the same time.  I will be holding my EP release for “Hold Your Fire” on August 14th at Club Passim, which is a dream come true. It’s my favorite venue to perform in not only for its history, but for the love of the folk community and the power of a listening room. It’s not just a venue.

After my older brother, also a musician, was killed by a hit-and-run drunk driver I bought my first acoustic guitar and started writing privately in my room. Every time I sing it reconnects me with him. It wasn’t until my senior year in high school that I began playing in front of people. My girlfriend at the time was cheating on me with her male best friend. The day before she broke up with me she had insisted she “could never love a man the way she loved a woman”. We made out to The Cure for half an hour in my old Volvo (my brother’s old car). I recorded my first CD “Depleted Oxygen” 3 months later in NYC. It was fuel for a fire that was already there. I hope my listeners hold on to their dreams despite the resistance that arises, that it is possible to get through a struggle despite how different or against the grain it may feel, because life is too short not to.

Intrigued Yet? Take a Listen to Some of Her Music:

Sierra was kind enough to allow QWIMB to post a link to her NEW EP, which comes out AUGUST 14. 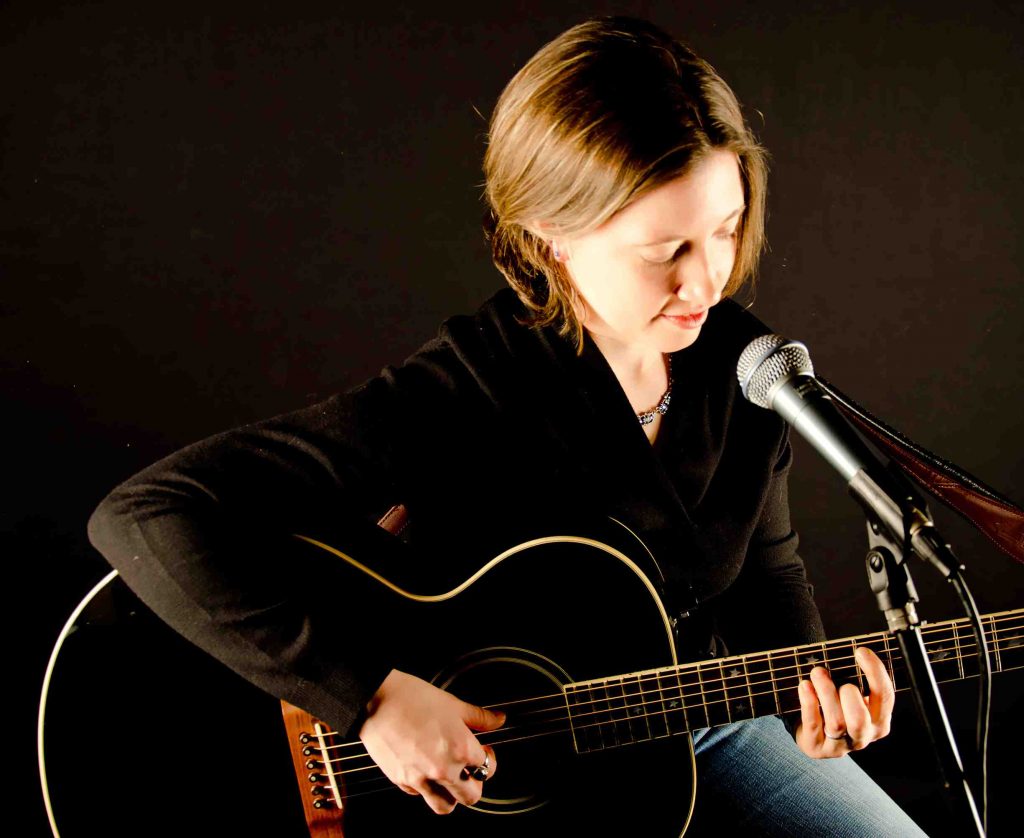 Sierra is promoting her upcoming EP, Hold Your Fire, at Club Passim on August 14. You Don’t want to miss this show.